A star ceiling is an innovative and creativity illumination effect and it creates a star like illusion on the ceiling, where this effect can be achieved with the use of fiber optic strands that glows at one end and this end is visible on a ceiling surface. When there is a hundreds of such end glow fiber optics strands is assembled in the ceiling then in a random pattern then they resemble the effect created by twinkling stars at night. At present, these home ceilings are in vogue and lend an unparallel aesthetics to bedroom, recreational area, mini home theatre, and nursery so on. The star ceiling concept has became more popular around the world, these star ceiling illumination effects were used in the cancer treatment centers, amusement parks, auditoriums, entrance ways, casinos, hospices and conference arenas. In fact this star ceiling effects can even be created on the walls and floors and not just on the ceilings. 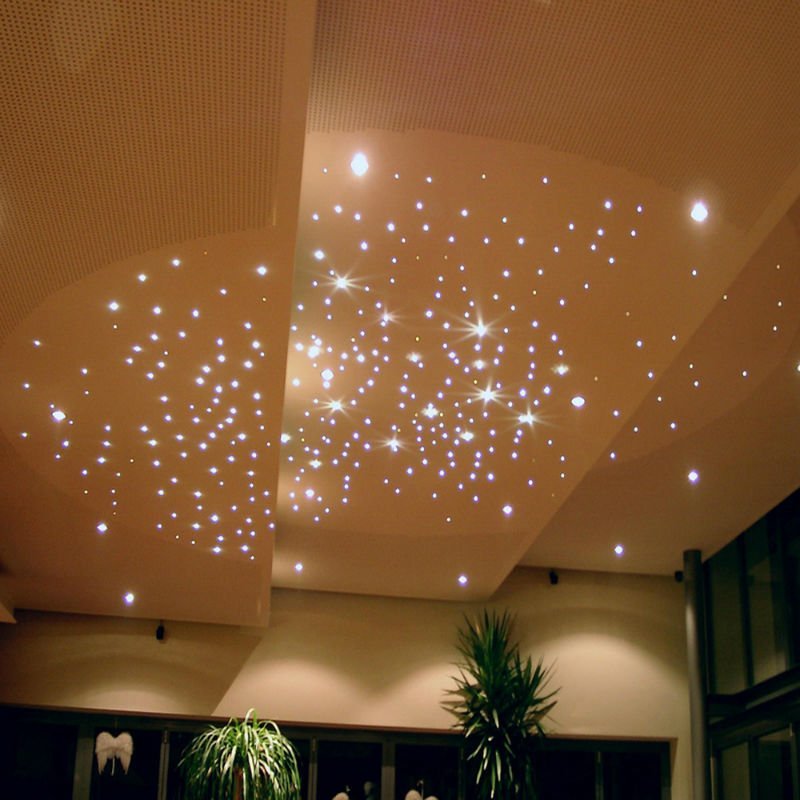 How these star ceilings are installed

If you want a star ceiling, then you need to drill some small holes in the ceiling area and place the glow fiber in the minute holes. In which the light sources and wires are usually fixed back to the ceiling just to keep the wires and cables from the general view, so it will not be viewed on the people’s eye where this provides a clear and beautiful look. Have a feel of living in a space at night and make your room elegant.